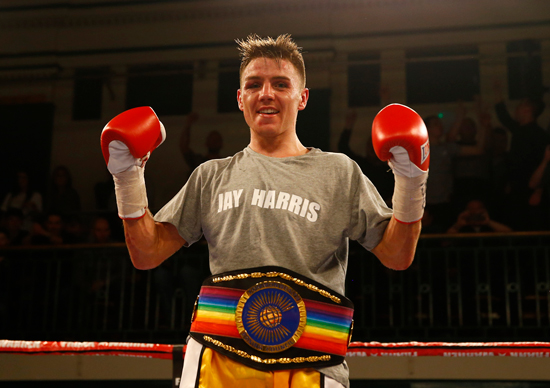 Undefeated Flyweight Champion Jay Harris assessed his time as Commonwealth Champion as he looks ahead to an exciting 2018.

Swansea’s Harris defeated Cameroon’s Thomas Essomba in the earlier part of 2017, picking up the Commonwealth Flyweight title. The South Welsh Champion assessed his feelings of being Commonwealth Champion.

He said, “It was a dream come true to win the Commonwealth title. It’s one of the titles you always want to win when you turn pro and to make that dream a reality was amazing.”

Harris, who is under the guidance of Frank Warren, Gary Lockett and his father, is eyeing up a big push for titles in 2018. The Flyweight opened up about how his training camp works and his plans for 2018.

The Welshman stated, “I train with my Dad and when we have a fight coming up we work with Gary too. It’s a good mix and it’s been working well so far. I can’t thank them both enough for giving me the time they do.

Harris’ next outing will be against his mandatory challenger from Guyana, Dexter Marques. The date has been set for March 31 at London’s Copper Box Arena. Harris commented on the news he’ll be defending his title against Marques.

He said, “I want to be fighting champion so my initial plans for 2018 is to defend my Commonwealth title against my mandatory.

“I’ll be taking the fight very seriously and training very hard for it as I want to put on a great performance and push on in 2018.”

Harris, who is not overlooking his Guyanaian counterpart, assessed what may lie in wait for him for the rest of 2018.

“I’m not a type of fighter who wants to call people out and disrespect other fighters, that’s not my style but I will fight anyone and there are some great fights out there for me at both Flyweight and Super Flyweight.

“I want to go as far as I can in boxing as every fighter wants too, and I have a great team behind me that can get me to the top.”