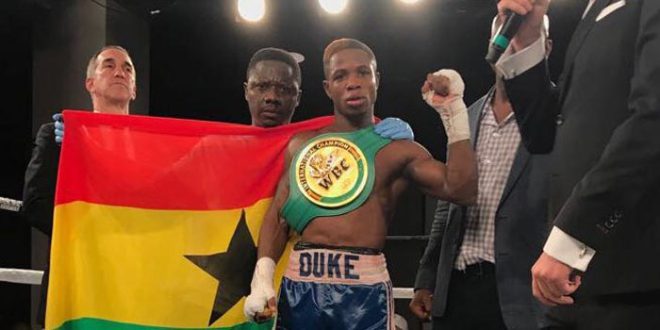 The now American based Bantamweight reflected on his latest victory.

He said, “It was my first fight in the USA after many cancellations and visa issues. Preparation was not perfect which led me to be a bit eager and get a bit over excited so I made hard work of the fight.

“Gonzalez was a very tough and experienced Mexican so I have to take the positives from the victory. I would give my performance 6 out of 10.”

Micah picked up the Commonwealth title earlier this year, defeating Zambian native Matthew Chanda at the legendary York Hall in Bethnal Green. ‘The Baby Faced Terminator’ edged out his fellow African in an excellent contest and weighed in on what it meant to become Commonwealth Champion.

The Ghanaian stated, “For Ghanaians, it means a great deal to win the Commonwealth, probably second only to a world title.

“Being a former British colony to win the strap that presides over all of that is very rewarding and it opens the door for worldwide exposure.” 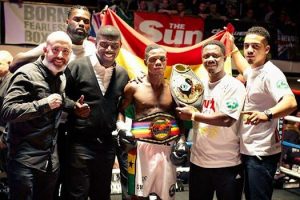 Both the Commonwealth and WBC International titles have opened doors for the Ghanian puncher. With a world title fight on the horizon, Micah elaborated on his plans for the future.

The now American based Micah said, “Obviously my plans for the future are to win a world title and now that I’m based in the USA and living in the Bronx I have a better chance of that.

“I recently been signed to Evander Holyfield’s new promotional company and he told me after my fight that I had a bright future and that he will do everything he can to make me a World Champion.

“Hopefully someone will fight me as many Ghanaian Champions have been avoided in the past. I don’t want to have to vacate or be stripped as no one wants to fight me which is a shame as I’m very proud to be Commonwealth Champion. “