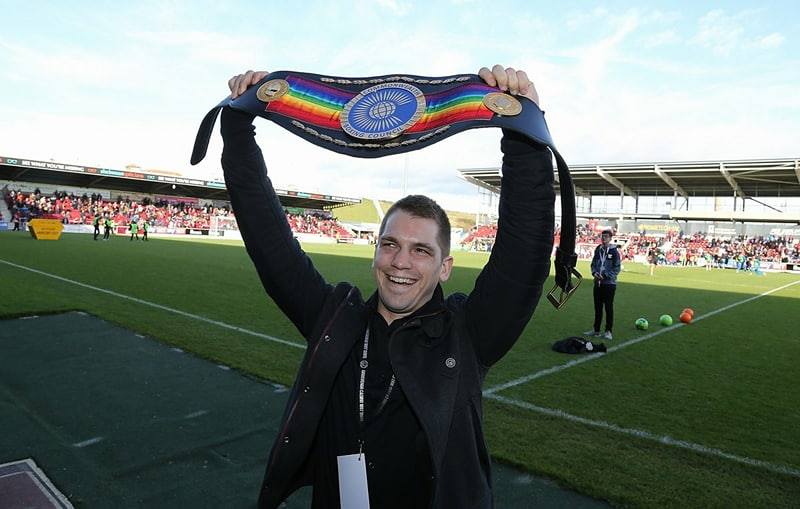 Northampton native Lane defeated the very tricky and game South African Michael Ramabeletsa in what was a hard-fought Unanimous Decision victory. Lane gave his assessment of the contest and opened up on his feelings that came with winning the Commonwealth title.

Lane stated, “I felt I won the fight quite clearly. Michael is a good fighter and he threw a lot of shots but I took a lot on the gloves and arms but when I threw I landed. That was the difference on the night.

Lane said, “Firstly I’d like to defend my title against my mandatory challenger. I believe that if you win a title you should defend it against the mandatory challenger as they have earned the right to challenge for that title. I want to be a fighting Champion!”

The 122 pounds star continued, “The dream is to move up the World rankings and challenge for a world title and that’s what I want to do.

“I want to defend my belt and box anybody who is rated higher than me and eventually move on to challenge for World honours.

“There are lots of big fights I could be involved in Britain where I could defend my title so that would be fantastic too. The Commonwealth title has really open doors for me which I’m so glad about and thank you once again to my team and the Commonwealth Council for making it happen!”